Hats off to the members of the Probate and Trust Tax Law Section of the Florida Bar for working with State Senator Berman and State Representative Diamond to design, draft, and implement what we believe to be the best community property trust legislation in the country.

The statute will hopefully go into effect July 1, 2021, a mere 28 days before Alan’s birthday, and there could be no better present.

Another advantage of the Community Property Trust Act is that any person residing in the State of Florida can serve as the trustee or a co-trustee under a Florida community property trust.

Before the enactment of these new statutes, which will become effective on July 1st, married couples who wanted to enter into a community property trust had to use a trust company dually registered with Alaska, South Dakota, or Tennessee, or an individual residing in one of those states.

The Community Property Trust Act works the same way by permitting any Floridian or a dually-registered trust company to act as a trustee of a Florida community property trust.

Florida has 2.5 times the population of the states of Alaska, South Dakota, and Tennessee combined, and Florida married couples can serve as trustees for themselves.

Furthermore, a great many individuals who reside in the Northeast or the Midwest have close friends, relatives, or advisors in Florida that can serve as trustee of a community property trust.

For example, Harry and Sally Deli live in New York and are in their 70s. They have $3 million worth of stock for which they paid approximately $500,000.

If they sell them now, they will have a $2.5 million capital gain and may have to pay a 23.8% combined federal income tax and Medicare tax, not to mention a 37% New York state tax.

If one of them dies and these assets are held in joint names, then the surviving spouse will have the ability to sell $1.5 million worth of these holdings immediately after the sale without paying state, federal, or Medicare tax, if values stay stable, but would pay one-half of the tax amounts described above if rates stay the same and the surviving spouse sells the other half of the investments while living.

Instead of holding these investments jointly or placing them into the name of the spouse that might be expected to die first, Harry and Sally can establish a Florida community property trust and have it drafted by the estate planning lawyer for their daughter, who lives in Boca Raton, Florida, and their daughter can serve as trustee.

On the first death, the surviving spouse can claim a $3 million basis in the stocks and pay no state, federal, or Medicare tax on the sale.

For example, let us assume that Harry and Sally have $7 million in personally owned investment assets, a $1 million home, and $3 million in IRAs.

They also receive approximately $150,000 in pension income, and their assets are expected to grow at approximately 7.25% a year after taxes.

They have a 20-year life expectancy, despite eating a lot of deli food, including corned beef, potato knishes, and egg creams almost every day.

In 20 years, their net-worth will be approximately $47,338,199 so they would like to not only avoid capital gains tax for the surviving spouse but also place as much as possible into a credit shelter trust on the first death.

Harry and Sally may therefore consider a JEST (“Joint Exempt Step-up Trust”) in lieu of a Community Property Trust for their planning.

But, is the JEST Trust Better – We’re Not Jesting

The Private Letter Rulings and TAM, however, failed to point out that the Statute applies when an asset is gifted to a decedent who devises it back to the donor upon death, and not a situation where the assets are left to an irrevocable trust that may benefit the donor.

As a practical matter, assets might be sold to avoid capital gains taxes shortly after the death of the first spouse, and the surviving spouse would not be added to or considered to be a beneficiary of the JEST credit shelter trust unless or until it is clear that the income tax return for the tax year of the sale would not be audited, or that the audit would not be complete.

The JEST trust is clearly more complicated than the community property trust from the point of view of the drafter, but should allow for the funding of a credit shelter trust from all assets of the JEST.

Will a Community Property Trust Work?

Regarding possible concerns about the Florida Community Property Trust Act, credible articles have been written which indicates that the IRS may not allow for a full step-up in basis for a trust which provides community property treatment for individuals who do not live in a community property state.

Stay tuned for a more in-depth discussion on the Harmon decision and uncertainties regarding the application of 1014(b)(6) to community property trusts settled in non-community property states in Part II of this article.

The Almost Ready for Prime Time Charts – Use at your own wrist. 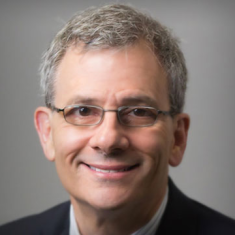 Alan Gassman of Gassman, Crotty & Denicolo, P.A., located in Clearwater, Florida, was founded in 1987 to provide legal representation to physicians, business owners, and successful retirees with an emphasis on wealth preservation, estate and estate tax planning, taxation, and business and health law matters. Our team’s first and foremost goal is to provide effective representation in a timely and result-oriented manner. We often refer to outside Co-Counsel with subspecialist lawyers in many areas to provide the best solutions and results for our clients.

What To Do With Your Promissory Note Before Year-End