The Republican agenda will focus on traditional infrastructure, “So that’s roads, bridges, ports, airports, including broadband…, [and] water infrastructure,” as Capito mentioned in an April 14th CNBC interview.[1]  The Republican plan proposes $568B over 5 years at physical core infrastructure without touching TCJA provisions including the 21% corporate tax rate.  Wicker called it a “good faith effort” to begin negotiations with Biden and other Democrats.  This plan comes in $53B short of Biden’s plan in the transportation section alone.  The outline does not offer specifics, such as which federal programs would lose unspent dollars to infrastructure.[2]

Where They Agree to Disagree

Capito called the proposed corporate tax hike from 21% to 28% a “non-negotiable red line.” She also mentioned the child and elder care provisions attached to the Biden plan are not “infrastructure” in the traditional sense.

For some of the senators, the attack on the TCJA is being taken as a personal afront, as they take pride in their roles authoring the TCJA under President Trump.  “I view the 2017 tax bill as one of my signature achievements in my entire career,” Wicker said. “It would be an almost impossible sell from the president to come to a bipartisan agreement that included the undoing of that. …I did tell [President Biden] that.”[3]

The Republicans would like to increase a long-standing regressive tax, the excise tax on gas and diesel fuels.  This excise tax, along with a vehicle miles traveled (VMT) fee are on-brand with Republican theories of taxation, as Senator Mitt Romney (R-UT) mentioned, “pay-for ought to come from the people who are using it.”[4]

Some senior Democratic leaders in Congress are pushing for a repeal of the $10,000 annual limit on the deductibility of state and local taxes.  This would help many residents of high tax “blue” states lower their combined effective tax rates.  This move signifies yet another TCJA provision on the Democratic chopping block.

A major area of contention in the infrastructure space is the politicized threat of climate change. Bernie Sanders (I-VT) continues to beat the drum of awareness, but perhaps this topic is best reserved for the future as it will require international cooperation.  A carbon tax would entail a monumental shift in economics and poor implementation could cause major economic disruption.

Lastly, just as the Republican plan was coming to light, President Biden played his cards.  As a separate proposal initiative, he suggests an elimination of the capital gain preference rates for incomes over $1M to pay for the child and elder care among other items that were originally attached to the Democratic infrastructure proposal.  This was obviously perceived as a high-inside fastball or chin music to the Republican lawmakers.  The drama unfolding in Washington D.C. can not be understated.

Public private partnerships (or “P3s”) can leverage private capital and tolling in the construction and maintenance of physical infrastructure. Corruption, pork-barrel politics, and crowding out are purportedly three major deficiencies in P3s.[5]  These implementation problems speak to the root of the economic problem at hand, funding the provision of public goods.  From an economist’s perspective, the term public good is one that is both non-excludable and non-rivalrous.  Non-excludable means, one cannot be excluded from enjoying the good, like streetlights. Non-rivalrous means, one’s use of the good is non-averse to another’s simultaneous use of the good, like broadcast television.  All goods lay on a continuum of these two factors.  The pragmatic debate should be centered on where various projects lay in a matrix of these two factors, and the best balance sheet to facilitate the investment (public/private/mix).  Consequently, the only political debate would be how much to invest and from where is the revenue coming.  Ideally, this should be a data driven decision analysis, but in the current political system, more inefficiencies, waste and fraud will likely occur.

President Biden appears to be striking the right tone with Republicans in the media.  He is on record saying he is “willing to compromise.”  Whether this is political glad-handing or not will be judged after the fact.  A common-sense, narrowly defined infrastructure bill may be a bridge too far in this political climate. A full-on compromise would be reminiscent of the 1960s when the country set aside differences to enact Lyndon B. Johnson’s Great Society program.  It encompassed movements of urban renewal, modern transportation, clean environment, anti-poverty, healthcare reform, crime control, and educational reform.[6]  In 1965, the congressional groundwork was quickly laid for some of the best bipartisan programs of our modern democracy. The Civil Rights Act of 1964, Medicare, and the creation of the Corporation of Public Broadcasting are just three of those programs.[7] Now, compare and contrast the effects of LBJ’s Great Society program, with that of Trump’s MAGA agenda, and one should find where and how “greatness” was cultivated by government actions.

One provision of the TCJA was an innovative use of tax incentives as Qualified Opportunity Zones.  The current infrastructure quagmire could benefit by expanding the number of development projects which fall under the Qualified Opportunity Zones, to include desirable infrastructure projects which need private capital to succeed.  Private Activity Bonds are another tax-favored tool to promote private investment.  The government should do more in facilitating this type of investment by the private sector.  By burdening the large multi-national corporations with high-taxes, international competition will never be viable.  Perhaps the government can, in effect, escrow the proposed levy of the corporate alternative minimum book income tax, by allowing a credit against this tax for a portion of amounts invested in the desired infrastructure projects.  Allowing the private sector to bolster their balance sheets with safe, tax-advantaged bonds or QOZ investments, is the best way to fund infrastructure and avoid the negative effects of large federally funded projects.  To assure success you can gamify the investment incentive by providing the largest incentives to those who jump on board early with large up-front investments. 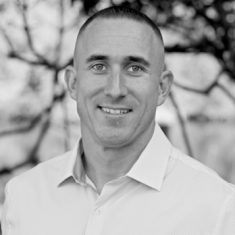